← The Risen Christ – That’s My KIng
Anita Renfroe: Because I Am The Mom →

Charles Spurgeon and His Mom: A Tribute 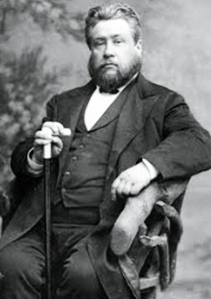 Fathers and mothers are the most natural agents for God to use in the salvation of their children. I am sure that, in my early youth, no teaching ever made such an impression upon my mind as the instruction of my mother; neither can I conceive that, to any child, there can be one who will have such influence over the heart as the mother who has so tenderly cared for her offspring. A man with a soul so dead as not to be moved by the sacred name of “mother” is creation’s blot. Never could it be possible for any man to estimate what he owes to a godly mother. Certainly I have not the powers of speech with which to set forth my valuation of the choice blessing which the Lord bestowed on me in making me the son of one who prayed for me, and prayed with me. How can I ever forget her tearful eye when she warned me to escape from the wrath to come? I thought her lips right eloquent; others might not think so, but they certainly were eloquent to me. How can I ever forget when she bowed her knee, and with her arms about my neck, prayed, “Oh, that my son might live before Thee!” Nor can her frown be effaced from my memory,-that solemn, loving frown, when she rebuked my budding iniquities; and her smiles have never faded from my recollection,-the beaming of her countenance when she rejoiced to see some good thing in me towards the Lord God of Israel.

Well do I remember hearing my father speak of an incident that greatly impressed him. He used to be frequently away from home preaching, and at one time, as he was on his way to a service, he feared that he was neglecting his own family while caring for the souls of others. He therefore turned back, and went to his home. On arriving there, he was surprised to find no one in the lower rooms of the house; but, on ascending the stairs, he heard a sound as of someone engaged in prayer. On listening at the bedroom door, he discovered that it was my mother, pleading most earnestly for the salvation of all her children, and specially praying for Charles, her first-born and strong-willed son. My father felt that he might safely go about his Master’s business while his dear wife was caring so well for the spiritual interests of the boys and girls at home, so he did not disturb her, but proceeded at once to fulfill his preaching engagement.

I am a follower of Jesus Christ; a husband to Deb; a father to Brit and her husband Bill and to Travis and his wife Megan, a grandfather to Simon, Thadd, Nathanael, Eli, Isaac, Ezra, Asa, and Xavier. I am currently serving as the Coordinator of Spiritual Development at Lincoln Christian School in Lincoln, Nebraska as well as the head wrestling coach and an assistant football coach.
View all posts by drivingthegospel »

Posted on May 10, 2014, in Motherhood, Parenting. Bookmark the permalink. Leave a comment.

← The Risen Christ – That’s My KIng
Anita Renfroe: Because I Am The Mom →